The Rosary: History, Mystery, and Meaning
Skip to main content
Enroll for free

Objective: Students will learn a brief history about the Rosary, the meaning behind the devotion, and the profound mysteries surrounding it.

The rosary is a devotion in honor of the Virgin Mary. It consists of a set number of specific prayers. First are the introductory prayers: one Apostles’ Creed (Credo), one Our Father (the Pater Noster or the Lord’s Prayer), three Hail Mary’s (Ave’s), one Glory Be (Gloria Patri).

It’s commonly said that St. Dominic, the founder of the Order of Preachers (the Dominicans), instituted the rosary. Not so. Certain parts of the rosary predated Dominic; others arose only after his death.

Centuries before Dominic, monks had begun to recite all 150 psalms on a regular basis. As time went on, it was felt that the lay brothers, known as the conversi, should have some form of prayer of their own. They were distinct from the choir monks, and a chief distinction was that they were illiterate. Since they couldn’t read the psalms, they couldn’t recite them with the monks. They needed an easily remembered prayer.

The prayer first chosen was the Our Father, and, depending on circumstances, it was said either fifty or a hundred times. These conversi used rosaries to keep count, and the rosaries were known then as Paternosters ("Our Fathers").

Both Catholics and non-Catholics, as they learn more about the rosary and make more frequent use of it, come to see how its meditations bring to mind the sweet fragrance not only of the Mother of God, but of Christ himself.

You’re joining our global classroom. Thousands of students from all over the world, each with their own unique story, learn at their own pace on Catholic Online School every single day.

Free Resources and tools for students, parents, and teachers. We’re working hard to ensure that Catholic Online School empowers teachers of all kinds to better understand what their children or students are up to and how best to help them.

“This was a good start. Makes me want to learn more and has made me aware of the facts of the rosary.”

“This was a good start. Makes me want to learn more and has made me aware of the facts of the rosary.”

“A quick review of what the rosary is and how we can use it to become better Christians.”

“A quick review of what the rosary is and how we can use it to become better Christians.”

“I've learned a lot about the Holy Rosary. Thank you...”

“I've learned a lot about the Holy Rosary. Thank you...”

“Awesome. Thank you, I shared this with my daughter”

“Awesome. Thank you, I shared this with my daughter”

“A wonderful course on a Sunday morning combined with video'd Mass”

“A wonderful course on a Sunday morning combined with video'd Mass”

“A concise overview of the most powerful prayer weapon. ”

“A concise overview of the most powerful prayer weapon. ”

→Read Less
Deacon Keith Fournier has been ordained as a Deacon for twenty six years. He and his wife have been married for 46 years. Together they raised five children and have seven grandchildren.

Deacon Keith Fournier is the Dean and Chaplain of Catholic Online School. 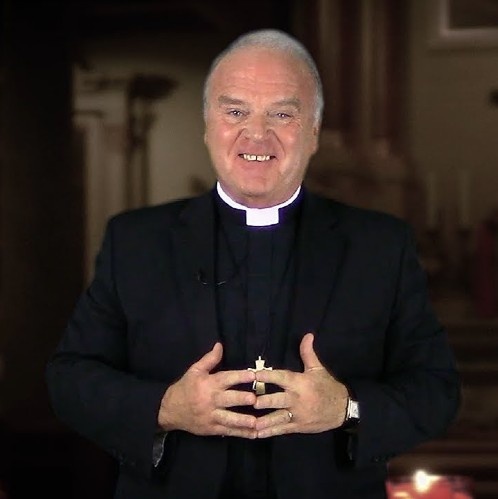